The definition of Loco Parentis is this: being responsible for a child while the child’s parents are absent. If you follow my blog, you will know that here in Ireland – in certain counties (no, not in all of them) – there is an unofficial policy* referred to as Loco Parentis which requires either a parent or another adult to be home with the disabled child while a nurse is in the home to provide respite. Lone Parents, such as myself, would either need to remain in home (which is certainly not a respite break) or know another adult that could give up so many hours per week to be the Loco Parentis.

*Unofficial because I have not yet seen any official documentation and/or website information describing the policy. I await a reply from the Minister for Health’s office.

This week I came across the term Loco Parentis again, this time regarding Brendan Bjorn being transported to and from appointments via one particular ambulance service. I was surprised (and admittedly disappointed) to learn that a parent – or a Loco Parentis – is required ride in the back of the ambulance with the child. Why disappointed? Because after about 15 minutes in the back of an ambulance, I literally get sick. To put it bluntly, it wouldn’t work, me vomiting all over Brendan and the ambulance. When I asked about riding in the front cab (where I’d still be able to see Brendan through the window to the back), I was told it wasn’t allowed.

The Loco Parentis policy with ambulance transport also means that when it is a one-way transfer, say to a respite centre for an overnight break, the parent cannot follow along behind the ambulance so that they have transportation back home unless they have a Loco Parentis person with the child in the ambulance. If you have no one to do that, then the parent must ride in the ambulance and have someone follow them and then drive them home. That’s ok if you don’t live hours away and if you have a support network that can fit you into their schedule. So, however you look at it, using ambulance transport doesn’t work unless the Lone Parent has another adult to support them in these ways.

Lone Parents are those who need the most support of all carers, yet they are the ones most penalised by policies such as Loco Parentis.

As for the ambulance transport and Loco Parentis, this wouldn’t even be an issue if Brendan Bjorn had a suitable, safe wheelchair seat. I could then transport him wherever he needed to go. But as it is, it will be over 9 months since the date of his spinal fusion until he finally gets a newly moulded seat he can safely sit in.

Some people in this world actually don’t have family and/or close friends around them to help. I have found that a lot of people can’t fathom that reality. Nonetheless, it is a reality for some people. It is a reality for me. The result is that Loco Parentis policies add to the many crises that Lone Parent Carers face on a daily basis. The result is that Loco Parentis policies contribute to the Lone Parent Carer being more isolated, more stressed, and more likely to have their caring abilities compromised as such.

I have a lot of questions. 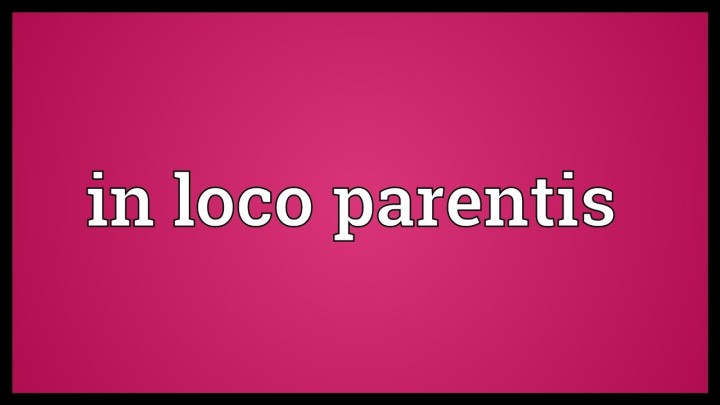